HIV in India – Living in Fear 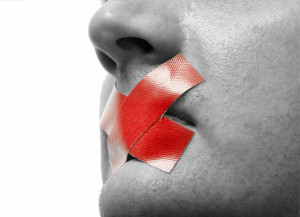 This discrimination, abuse and stigmatism is due to a lack of education around HIV throughout India and an inherent fear of contracting the virus. This fear leads to women being kicked out by their husbands, children abandoned by their parents, families removed from their homes, men being refused work, refusal of medical care, public harassment and physical violence.

The stigma attached to HIV alongside a strong fear of hostile reactions to a person having HIV prevents a lot of India’s population from getting tested. UNAIDS predicts that 95% of HIV+ people in India don’t know they have the virus, masking illness and death as tuberculosis (UNAIDS, 2014).

As we all know, everyone is at risk of contracting HIV, but in India there are select groups that are higher risk; adolescent girls (married and single), married women, sex workers, survivors of sexual abuse and rape, men who have sex with men and transgender individuals (Ann Ninan, Population Reference Bureau).

A common and heartbreaking contraction of HIV is through marital relationships – the wives of husbands who sleep with sex workers unknowingly contract the virus and thus unknowingly pass it to their children, either through birth or breast milk (AVERT, 2015). The most common outcome of this situation is either the child watching their parents eventually develop AIDS and pass away, or the child is ostracized by their parents for having HIV and left to fend for him or herself on the streets. 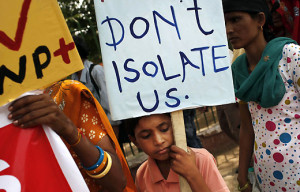 This truly innocent child not only has to live with the grief of losing their parents, but also faces a cycle of abuse, neglect, stigmatization, malnutrition, poverty and disease. This displaced child has very few options – turned away by institutional care, orphanages, clinics and schools. The numbers are devastating, with approximately 170,000 – 220,000 HIV+ children in India (UNAIDS, 2014).

The Indian government set up the National AIDS Control Organisation (NACO) to manage HIV/AIDS prevention, treatment, education and control programs in India. NACO set up dedicated HIV testing and treatment centers throughout India, free Antiretroviral medication (ART) available to all, access to Prevention of Parent to Child Transmission of HIV/AIDS (PPTCT) for at least 37% of India’s population. NACO is working hard to raise the awareness about HIV and remove the stigma India’s society has towards virus carriers. 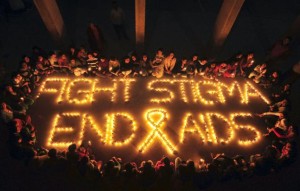 Changing the attitude to HIV will lead to:

Tribe of Lambs is becoming part of the solution, specifically focusing on the innocent victims of HIV – the children. Our current Dream Big project is working to fund the tuition for 57 HIV positive children this year. We’re also aligning all future projects to create opportunities and bright futures for HIV positive children throughout India.

Together we can change.

What are you looking for?